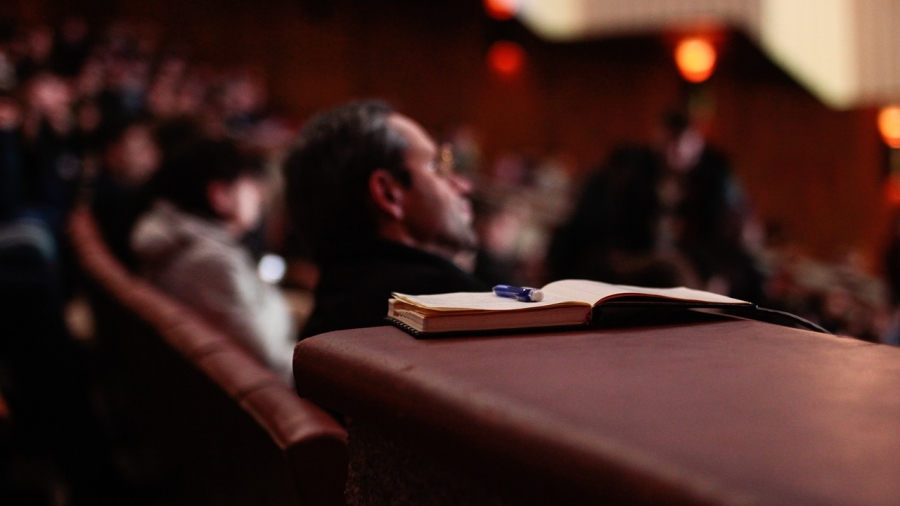 I was once a hardcore fan of a particular rock band. Not only did I watch every live event they played online, but I also listened to their songs far more times than the number of events they would ever play. I even memorized song lyrics and knew the lead vocalist’s unconscious habits. When I went to the concerts, I discovered that the vocalist would sometimes sing more intensely, and at others, he would be a little mellow or laid back. This is what I call his spirit. That’s right, even if it’s from a video clip, the audience can feel your spirit. To introverts, the difference between having and not having spirit might crop up when you’re still preparing a speech topic, long before you ever get on the stage.

An introvert’s stimulation comes from within—for instance, you think about whether or not something has value or meaning. For example, when the speech topic is something you find critically important in your philosophy and you’d really like to share what you know, you’re more likely to be motivated to prepare your speech and your talk is apt to be a bit more lively because you’re more likely to be invested in the outcome. Your values and motivations matter.

In the cases when you’re a professional speaker, expectations are even higher. What workplace motivational instructor Lewis Hsieh shared with me says it best: “Even if you’re already very familiar with the routine, you need to at least make it look as if you’re incredibly invested.” This also applies to government personnel, politicians, singers, and artists in that they all face crowds of people and repeatedly attempt to get their message across to their audiences. Singers travel around the world, singing the same songs, constantly on repeat; politicians speak about their political ideals. Both need to perform as if each time they appear is a totally unique performance for their audience—just like what Joe DiMaggio said, “You never know when someone may be seeing you play for the first time.”

I once went on a month- long speaking tour in the US. For the entire month, I faced different audiences with the same speech topic. When I came to the end of the tour, I was almost completely worn out and ground down. I started to think about why the organizer didn’t simply show a filmed version or play an audio recording of my speech. After my teammates realized how drained I was, they would constantly remind me, “the audience probably can’t tell how you’re feeling, but we can tell you’re tired. Keep it up!” From that point on, in addition to deeply admiring every singer who ever went on tour, I became more determined not to let people figure out just how exhausted I was, even if it meant faking it. Back- to- back public speaking really eats up all of introverts’ energy. Let me share how I save my energy.